It wasn’t that long ago that first home buyers were at their lowest market activity levels in decades.

The thing is, it didn’t take long for their numbers start to swell again, courtesy of softer market as well as borrowing conditions.

Since 2017, first-timers have made their presence felt in the market and that presence is now more pronounced courtesy of a new government grant.

In fact, according to the Australian Bureau of Statistics, the value of loans to first home buyer increased by a staggering 38 per cent over the year to December 2019. 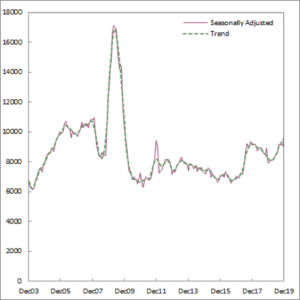 The First Home Loan Deposit Scheme came into effect on 1 January and allows first timers to purchase a home with a deposit as low as five per cent.

The scheme works by the government paying the Lenders Mortgage Insurance or LMI on the first home buyers’ behalf.

This is potentially a saving of tens of thousands of dollars.

The scheme, like any other, does have certain criteria, including maximum incomes as well as purchase prices. 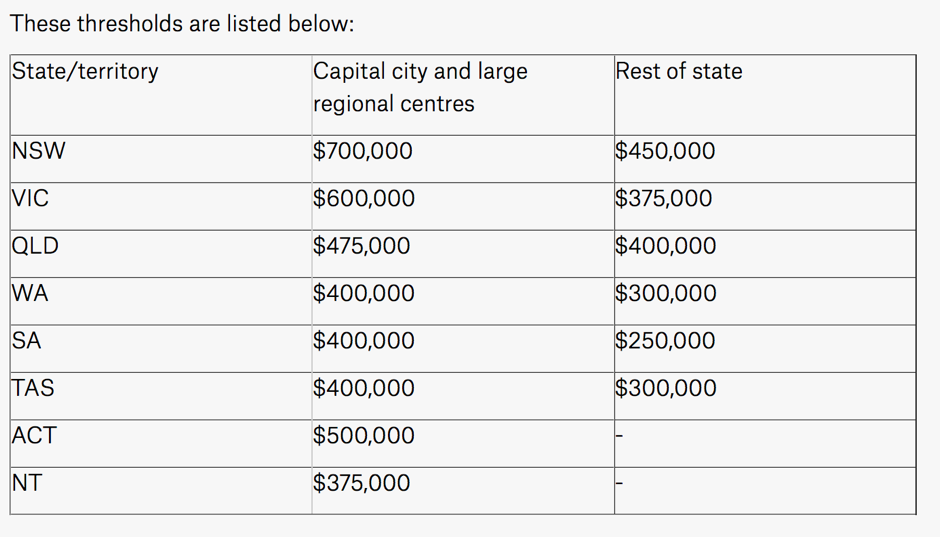 As you can see, the price thresholds are not overly generous, but generally sit within the affordable price bracket in most property markets.

These brackets are also the domain of investors who, until recently, had little competition for properties.

However, since the start of this year especially, we’re seeing plenty of competition between investors and first home buyers for the same properties.

Something interesting is happening, though.

Whereas sophisticated investors know the price point that a property no longer works in their favour, many first home buyers are paying over the asking price because of a limitation of the scheme.

That limitation is the fact that it is restricted to 10,000 transactions, which is essentially the equivalent of one month of first-home buyer activity on an average month.

While not all prospective property owners qualify for the scheme, it would be a fair assumption to make that the scheme will run out of places very soon – which is why they’re paying more than they probably should in my opinion.

We’re seeing houses in places like Northern Brisbane for under $500,000 being snapped up by first home buyers, with the same happening in Geelong for houses priced under $600,000.

What does it all mean?

There is no denying that property markets are rising in many locations across the country.

The number of loans to owner occupiers is up about 18 per cent over the year to December, and up about five per cent to investors over the same period as well.

With first home buyers now in the mix, too, it appears that we have all buyer types active at the same time.

Of course, it doesn’t take a genius to work out that with ample buyers, and with building approvals still low, there is more demand than supply in many locations.

While it’s too early to say what will happen next, my money is on further price growth in most locations and especially within affordable property price points.

I, for one, am not going to miss the upswing.

Percentage of first home buyer loans in each state or territory 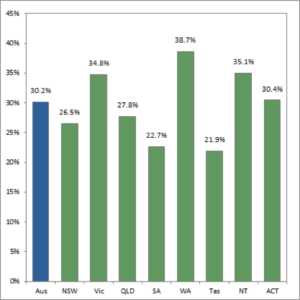 A re-elected Coalition Government will guarantee deposits for first home buyers it was announced on Sunday. 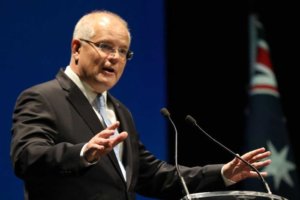 The policy, called the First Home Loan Deposit Scheme, was something that many of us in the industry expected at some point in the lead-up to the election.

Well, it creates a key point of difference with the Australian Labor Party’s plans to restrict negative gearing and reduce the Capital Gains Tax discount.

However, a policy to help more first home buyers into the market by assisting with deposits also makes more financial sense than one that potentially reduces property values wholesale.

Winning at any cost

Unsurprisingly, a mere few hours after the policy was unveiled, the ALP announced they would match it, which just goes to show that winning the election is more important to a potential Shorten Government than being able to afford any of its policies.

What many people won’t read in the media this week is that assisting first home buyers into the property market has been around for decades in one form or another.

While the latest statistics show that first home buyer activity is at historical averages, there is no doubt that saving 20 per cent has always been a struggle for most first-timers.

That’s why underwriting a percentage of the deposit will not only help more young people become property owners sooner it will also save them having to pay for Lenders Mortgage Insurance or LMI.

LMI is a fee that is charged on loans that have deposits of less than 20 per cent and is usually capitalised (or added) on to a home loan.

Of course, that means that the borrower is paying off that additional figure, with interest, for years to come.

So, the scheme saves first home buyers having to fork out for an insurance policy that at the end of the day protects banks and not borrowers.

Also, there has already been much talk about how the scheme will “drive up prices”.

Seemingly, if first home buyers have $50,000 “more” money to spend, they will automatically pay more for a property.

Of course, they don’t because the scheme is a loan and not a financial gift.

Also, while detail on the scheme is still scant, my understanding is that there will be a stringent approval process, which probably includes loan pre-approval limits.

It has already been announced that there will also be limits on property prices as well, similar to what is already in place for many first home buyer concessions and grants in each State and Territory.

There has long been conjecture about whether grants or schemes like these drive up prices.

However, let’s consider when the First Home Owners Boost came into play to boost the property market during the GFC, which was for about a year from October 2008.

That was one of the most generous grants ever announced with first home buyers receiving $14,000 to buy established properties and $21,000 to buy new ones.

Does anyone remember what Sydney dwelling prices were doing back in, say, 2010 to 2012?

According to CoreLogic, they fell about 3.7 per cent.

In fact, dwelling values fell by about 6.5 per cent nationally, including in every State and Territory.

This week, some elements of the media would like us to ignore these statistics as it doesn’t marry with their narrative.

Ditto, with the last time that negative gearing was changed in the 1980s.

I’d rather stick with my understanding of what has happened before – and what is likely to happen again.