Investing in a regional locations was once considered risky business with many people falsely assuming that capital cities would always produce better results.

Of course, this point of view was never accurate, however, not all regional locations are worthy of consideration.

We have been investing in major regional locations for years, which have recorded strong capital growth as well as rent returns over the years.

In fact, property prices in locations like Geelong and Ballarat have recorded pretty spectacular growth over the past years.

Geelong had 32.7 per cent median house price growth over the two years to the end of 2018 and Ballarat recorded 24.2 per cent over the same period, which was also the same period of time that Sydney and Melbourne were posting property price reductions.

So,savvy investors have known the potential of regional locations for some time.

Regions on the rise

However, that number is likely to increase in coming years now that Australia’s biggest business lobby has called on the Federal Government to select 10 regional towns to power our nation’s economy outside of Sydney and Melbourne.

The Business Council of Australia recently outlined its plan to power the economy, with major regional locations leading the way.

The council said the top 10 should be chosen on the basis of having nearby gateway infrastructure, such as an airport or major transport routes, two successful industries, strategic importance, proximity to major power grids, a university and a TAFE, and available housing and health services.

It also said that major regional towns such as Geelong, Ballarat, Newcastle, Wollongong, Toowoomba and Busselton would be among the top contenders for priority status, which would see infrastructure delivered to funnel workers into the key areas at the expense of other towns and cities. 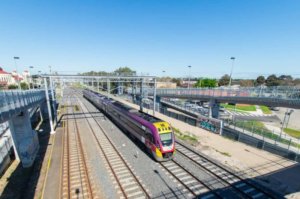 In essence, they have highlighted the fundamentals that investors have always looked for in regional locations because more affordable property prices is not a reason to invest in a regional area.

I only ever consider major regional areas that have diverse economies as well as a location that is, or could be in the future, within a commutable distance of its own CBD or a larger one such as Sydney and Melbourne.

Being within commuting distance of a large city is one of the reasons why Geelong has recorded such strong results over recent years.

When prices in Melbourne became too expensive, homebuyers and investors looked further afield for opportunities.

They didn’t have to look very far, because Geelong is only about 75 kilometres away, which residents can commute by road or rail within about an hour if needed.

That said, Geelong has its own diverse local economy, which employs many of its residents.

The robustness of its economy was further evidenced by the closure of its Ford factory a few years back, which some detractors said would have a hugely negative impact on its property market when it didn’t.

That’s because the factory was just one of myriad industries in Geelong, so its closure wasn’t even a bump in its economy journey so to speak.

Now that it appears that regional locations are on the cusp of infrastructure spending as well more population growth, they are likely to shine even more brightly in the future.

On top of that, with technology making it easier for employees and businesses to work from anywhere, why wouldn’t some choose to do so in more affordable locations that are also much less congested than Sydney and Melbourne?

Consider you can still buy a blue-chip in Geelong for just $500,000, whereas the same property would cost you millions of dollars in Melbourne!

It must be said, though, that there are plenty of regional locations that might be picturesque to live in but are unlikely to ever had stellar property markets.

I’m talking about those locations that are too far from any major regional locations or capital cities, which will always create a drag on their local economies.

You don’t want to buy in the middle of nowhere, because it will likely always be that way.

At the end of the day, like any property investment strategy, it’s vital that you don’t try to do it alone – and especially not in a regional area that you might have only ever seen on a map.

First home buyers out in force around the nation
March 9, 2020

Why investors think Brisbane property market has the most potential
October 14, 2019

Is a Coalition win good news for property markets
May 22, 2019